We are often asked, “What’s the difference between MemComputing and Quantum Computing?”

It’s a stimulating question, and hopefully this blog will answer some of the questions you may have to foster a better understanding of both technologies.

Without going too deep, let’s start by reviewing the basics of both computing paradigms. It is important to understand that both are physics-based approaches to computation, yet the physics they leverage and their design is inherently different. However, they share some fascinating similarities and real-world applications that might surprise you.

Quantum computing, in theory, presents the ability to store and process huge amounts of information by exploiting inherent properties of quantum mechanics, such as the superposition and entanglement of quantum states, to perform calculations. The most common quantum computer being developed is the universal gate model, which aims to solve a wide range of problems using quantum bits, or qubits. However, today’s quantum systems are very “noisy”, meaning they are prone to errors induced by decoherence (phenomenon that quickly destroys superposition and entanglement) and are limited to solving small toy-sized problems. Indeed, there are great computational and engineering challenges that must be solved to realize fault-tolerant quantum computers capable of solving complex problems on a commercial scale. 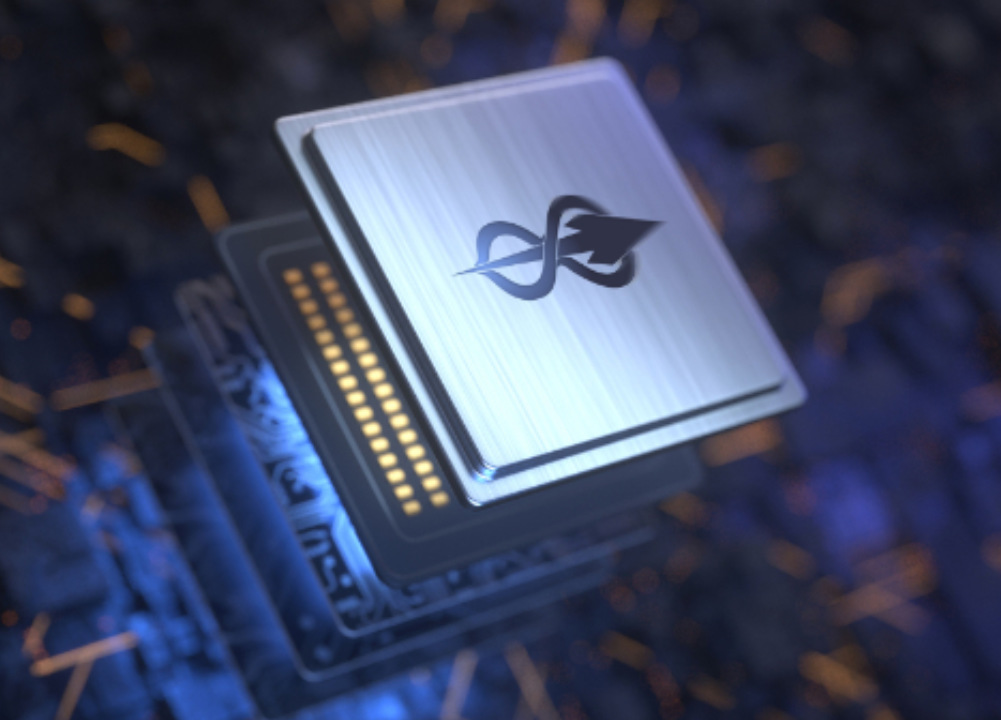 MemComputing, on the other hand, is a novel computing architecture that leverages classical physics to design “computational memories”. These are electronic circuit designs where memory performs both the task of processing and storing information. This approach removes the traditional bottleneck of exchanging information back and forth between the CPU and memory, enabling intrinsic parallel data processing while substantially reducing power consumption. The building block of this circuit design is our proprietary self-organizing gate (SOG) technology.

SOG-based Circuits (SOC) can provide ultra low-power, real-time computation for many challenging computational tasks common in signal processing, graphics, physical simulations, AI, etc. These circuits are also very efficient when solving complex optimization problems. Somewhat surprisingly, just the emulation of this circuit in software (Virtual Memcomputing Machine) provides solutions to these problems orders of magnitude faster and more accurately than today’s state of the art technologies. This leap in performance greatly depends on how these problems are solved. Whereas classical algorithms iteratively search for solutions to these problems by looping through a set of instructions repeatedly, the dynamics of our SOC (governed by the laws of physics) naturally lead currents and voltages to converge to an equilibrium that represents the solution of the problem.

In this blog, we compare MemComputing to quantum computers from a computational and applicability perspective as they both focus on solving combinatorial optimization problems, the largest and most promising application for quantum computers in the next decade(s). First, let’s go over the similarities.

Both MemComputing and quantum computers are physics-based approaches to computation. That is, they set aside many of the foundations of traditional computer science and rethink computation from the ground up. For example, they don’t follow the von Neumann architecture, the computing framework that separates the processing unit from the memory unit, which is employed by all of today’s computers.

Instead, quantum computers aim to solve optimization problems by using the natural tendency of energy minimization to perform calculations. That is, they leverage properties like quantum tunneling, superposition and entanglement to find the lowest energy state of the system.

Interestingly, MemComputing and quantum computers share similar physical properties during computation. They both construct a system (a circuit) that represents the physical problem at hand, and then leverage their respective physics properties of the system to seek the “minimum”.

What does this mean?

For the quantum computer, the minimum refers to the lowest-energy state of the system, which represents the optimal solution of the problem.

For MemComputing, the minimum means reaching the equilibrium of the circuit, which also corresponds to the optimal solution of the problem.

In order to find the minimum, both MemComputing and quantum computers share additional physical properties that may surprise you.

Quantum computers take advantage of specific features of quantum mechanics, especially entanglement, which allows them to have their elements “correlate” with each other at very long distances. This means that a perturbation in one of its parts would be immediately felt in other parts arbitrarily far away, allowing the system to rapidly calculate the lowest energy state.

MemComputing shares a similar physical property in the form of the long-range correlations associated with criticality. The circuit seeks to enter a state wherein each self-organizing gate is sensitive to, and can react to, other remote gates simultaneously. That is, during the evolution of the circuit, the terminals of many different gates are in a collective critical state where a sudden state change, or  “avalanche” can occur, typically induced by small perturbations from any part of the circuit. It is precisely this sequence of avalanches induced by the long-range order correlations of this circuit that allow the system to quickly reach the minimum and achieve computation acceleration by orders of magnitude compared to classical techniques.

A MemComputing circuit instead leverages the dynamics of the currents and voltages to quickly move the system to better states. An instanton is a concept from dynamical systems that describes how a system can move through apparent energy barriers. This occurs when the system approaches “saddle” points in the space of the voltages and currents, i.e., points having both attractive and repulsive directions. The attraction coming from these points leads the system towards them, but when it gets closer, the repulsive part is engaged and the system is kicked far from them. This very quick acceleration almost instantaneously moves the system from one location into another far away. Hence, it can be also seen as tunneling in the phase space. Instantons are therefore a classical analogue of tunneling. In MemComputing circuits, instantons are created by the collective behavior of SOGs, and their distributed nature allows simultaneous fluctuations in the voltages, allowing the circuit to quickly reach better gate configurations.

These physical properties allow both MemComputing and quantum computers to converge to the optimal solution that has been mapped into the system despite an immense number of possible configurations.

These problems are everywhere in science and industry, representing some of the most critical problems we face as a society. Solving these optimization problems efficiently provides strategic competitive advantages for companies and unlocks new opportunities, which is why many companies are now investing in unconventional computing technologies such as quantum.

Although there is a considerable amount of hype revolving around quantum computers and their power potential, they are yet to produce tangible business value. Many experts are skeptical how, if ever, quantum computers will be able to solve these commercial problems, as there are serious engineering challenges that must be resolved.

Although there are some interesting similarities between MemComputing and quantum computers, they are inherently different.

The three major differences between MemComputing and quantum computers are the following:

Common architectures being explored for today’s quantum computers are superconducting circuits or ion traps. In contrast, the unique self-organizing gates used by MemComputing are constructed from standard electronic circuitry and are non-quantum.

There are currently a number of significant engineering obstacles to construct useful quantum computers capable of solving real-world problems at scale. The major challenge in quantum computing is maintaining the coherence of entangled qubits’ quantum states; they suffer from quantum decoherence and state fidelity from outside noise (vibrations, fluctuations in temperature, electromagnetic waves). To overcome noise interference, quantum computers are often isolated in enormous refrigerators cooled to near absolute zero (colder than outer space) to shield them and in turn, reduce errors in calculation. Although there are error-correcting techniques being deployed, there are currently no existing quantum computers capable of maintaining the full coherence required to solve industrial-sized problems at scale today. Therefore, they are limited to solving toy-sized problems.

Unlike quantum computers, MemComputing can be efficiently simulated on our modern computers in software as well as built in hardware with standard electrical components. This allows MemComputing to follow a workflow production similar to that of modern computers, where the chip design and performance is first simulated and checked before being sent to production. Conversely, quantum computers must be built in hardware first to evaluate their performance and adjusted from there, requiring immense amounts of time and capital.

MemComputing has already solved a wide range of combinatorial optimization problems using the software emulation of the technology, the Virtual MemComputing Machine (VMM). While the VMM is already delivering significant performance gains over today’s state of the art algorithms, the hardware realization of this compute technology (ASIC/FPGA) will deliver solutions to these problems in near real time.

MemComputing is available today and is delivering the performance expected of quantum computers across a wide range of valuable optimization problems in industry.

Why wait for Quantum when MemComputing is here today?